We employ over 20 years of experience, gained between resorts, cinematographic works, television appearances and theatrical performances.

Thanks to the passion for this work and in our serious commitment, we offer the best solutions to all your requirements.

This allows us to reduce costs and offer our customers quality costumes at cheap prices and competitive in a warm and friendly atmosphere.

Our secret? The love for this job!!!

The history of Italian Carnival

The carnival and as a result the masquerade is one of the oldest rites of the world. 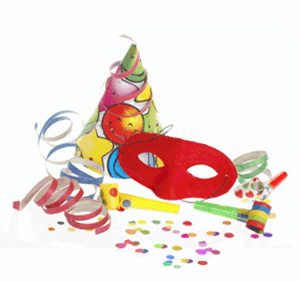 From the ancient Egyptians, who for one day a year to allow masked people to bring oxen around the country. To the ancient Greeks, who dedicated the celebrations to Dionysus (the God of wine). Up to the ancient Romans who celebrated masked 2 times a year, February 15 (Lupercalia) a feast of purification to greet the arrival of the new year (Saturnalia) around mid-december, the feast in honor of Saturn, God of abundance. During these festive day everything was lawful and any excess was allowed, both to the people that the slaves.

The heyday of the carnival in Italy during the renaissance was reached in 1500, when it was introduced in the European courts.

Celebrations took place in Florence impressive thanks to Lorenzo De Medici and in Venice with elaborate costumes, parades of floats and sumptuous feasts.

Some of these costumes became “the masks for excellence” that with the bird of the “commedia dell’arte” were transformed into timeless Harlequin, Columbine, Pantalone, Pulcinella, Brighella etc.

The Carnival was a period of decline in the second half of 800 and aside from an occasional celebrations, it was only after the end of World War II that the carnival returned to be the craziest party of the year!

There fore, historically, the carnival is the survival of many ancient pagan festivals, which have allowed the handing down of this merry tradition.

Today, every country has his Carnival, which is celebrated on different days, depending on the tradition of the country….a day of madness lawful, where the mask, costume, fancy dress helps to escape from everyday life.

(WE RECEIVE BY APPOINTMENT)